A Conversation with Hon. Erin O'Toole, Leader of the Official Opposition, presented by ATCO 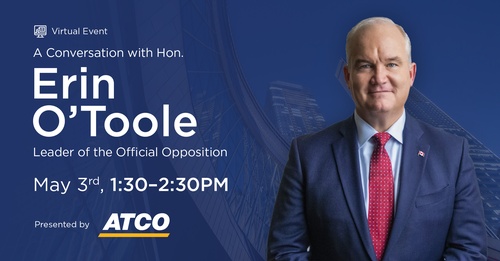 As Leader of the Official Opposition, the Conservative Party of Canada, Erin O'Toole plays and important role in our democracy. At this event, Hon. Erin O'Toole will outline his vision for Canada's economic future, his plan to help Canada recover from COVID-19, and his focus on rebuilding our economy and safely getting Canadians back to work in every sector and in every region of our country.

Please confirm your attendance by Friday, April 30 @ 4 PM.  We will be using the Zoom meeting platform for the webinar. A link to join will be sent out to all registrants 12-24 hours prior to the webinar via email. 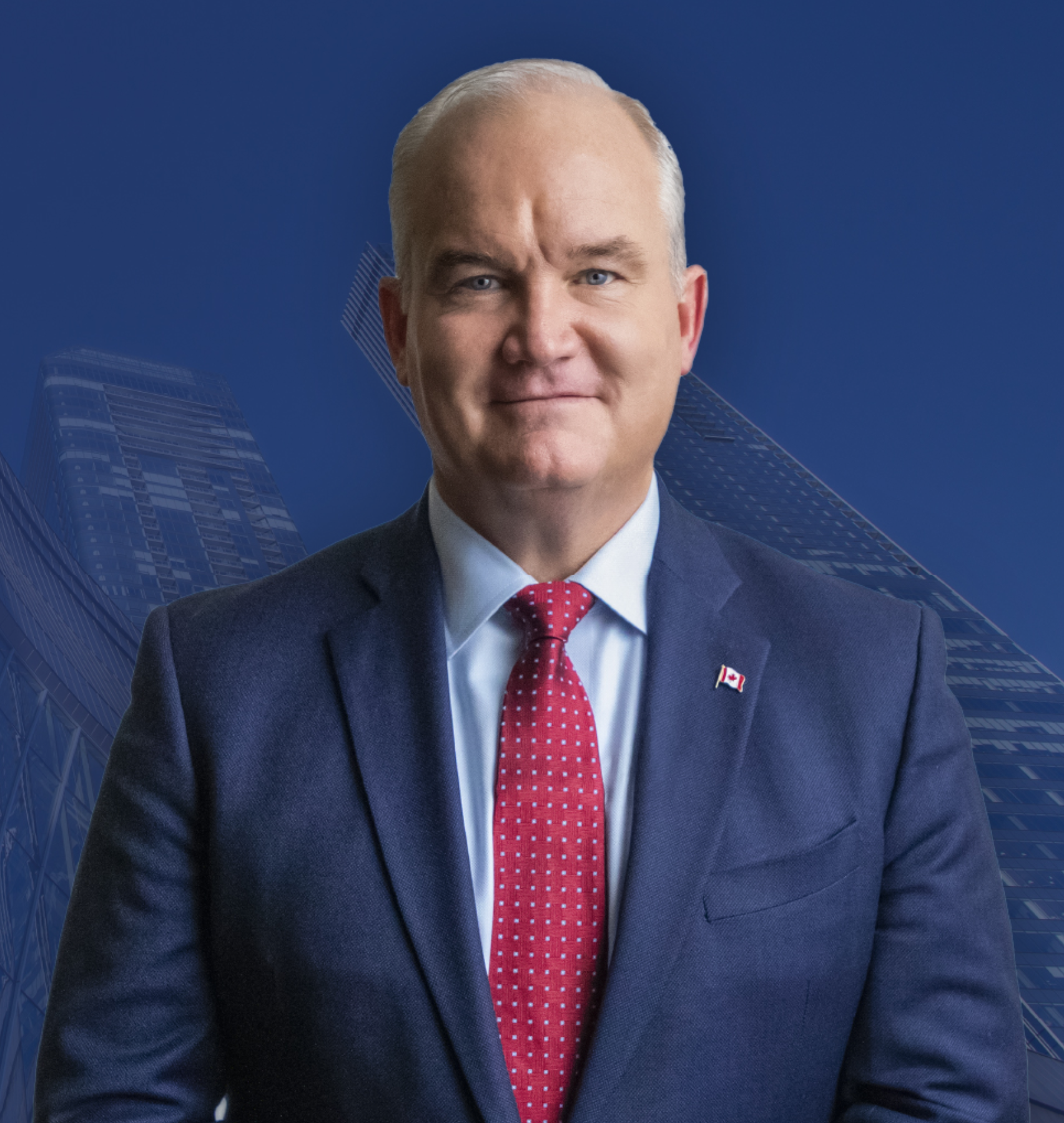 Erin O'Toole has led a life of service. Born in Montreal, QC, he grew up as a middle-class kid in Bowmanville, ON. He enrolled in the Royal Canadian Air Force when he was 18 and attended the Royal Military College. His time in the RCAF took him across Canada, completing basic training in Chilliwack, BC; earning his wing in Winnipeg, MB; and serving out of Halifax, NS as a tactical navigator. Erin participated in search and rescue missions on Sea King helicopters and learned French during that time. After 12 years of service, Erin retired from the military and spent the next decade working in the private sector as a corporate lawyer. He is a founding member of the Board of Directors for the True Patriot Love Foundation, a charity that serves veterans and military families across Canada. He has been elected to represent Durham three times, first in a 2012 by-election, then in 2015, and2019. He served as Parliamentary Secretary to the Minister of International Trade before becoming Minister of Veterans Affairs, a beleaguered file he successfully turned around within 10 months at the end of the Harper government. After serving as the Conservative Shadow Minister of Foreign Affairs for two years, Erin is now the Leader of Canada's Conservatives. Erin is married to Rebecca and they have two children, Mollie and Jack.