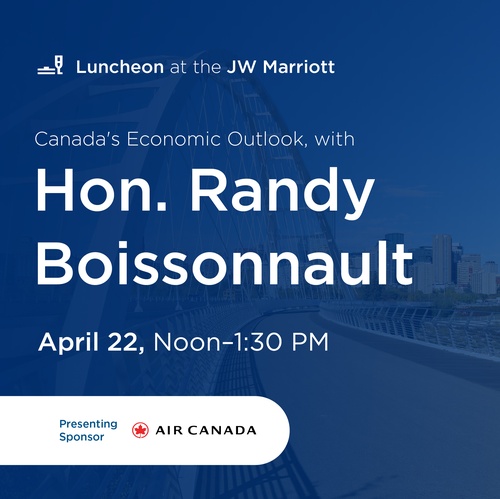 Event update: this event was previously scheduled for January 11, 2022. Please note, all previously purchased tickets will be honoured and will be carried over to this event.

We are thrilled to welcome Hon. Randy Boissonnault, Minister of Tourism and Associate Minister of Finance, for an in-person luncheon!

Hosted at the JW Marriott Edmonton ICE District, Minister Boissonnault will provide an update on Canada's economic road to recovery post-pandemic. Guests will have an opportunity to pose questions in a Q&A moderated by Edmonton Chamber of Commerce, President & CEO, Jeffrey Sundquist.

Note, this is an in-person event. Please confirm your attendance by Monday, April 18, @ 3:00 pm.
Meet Our Speaker: 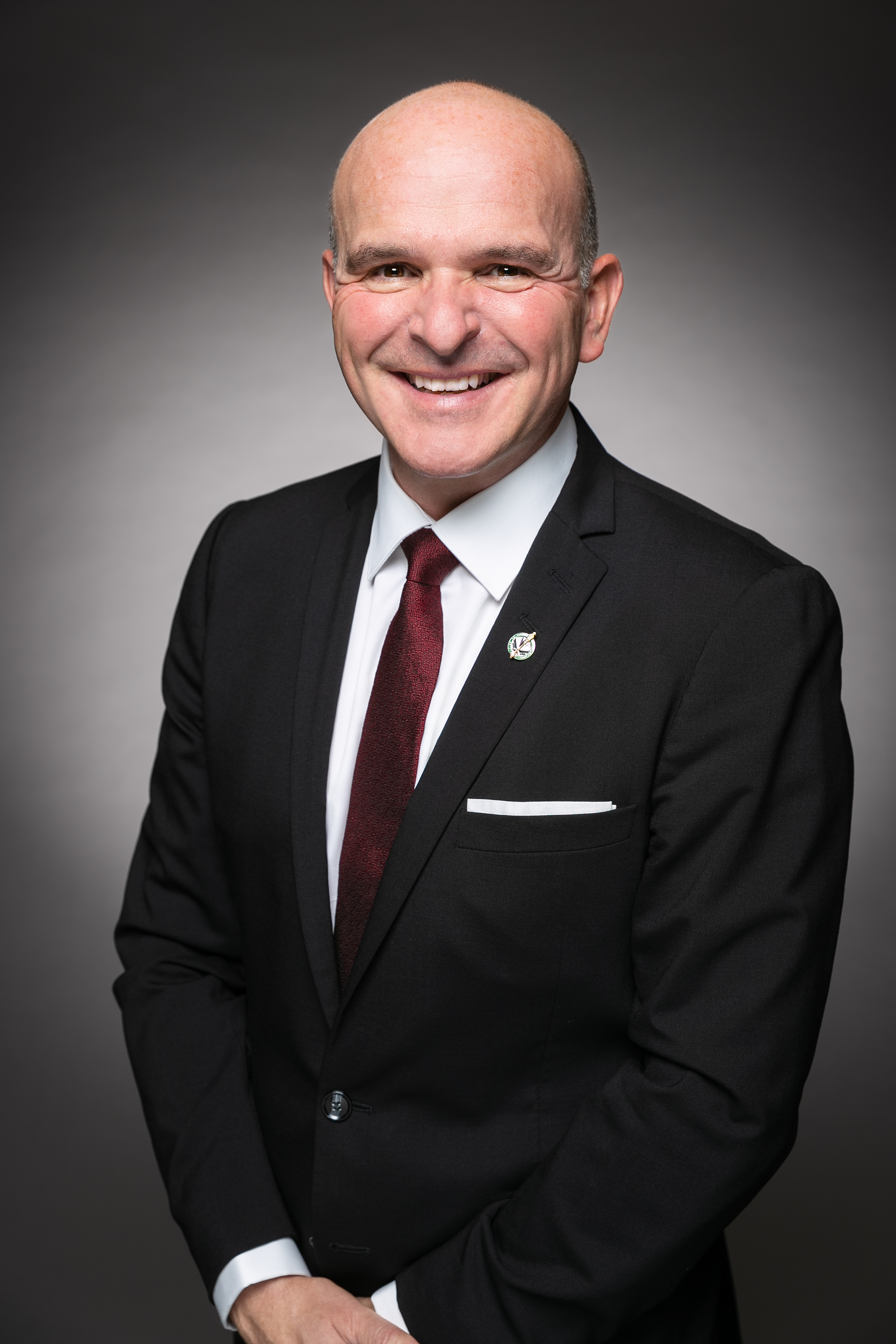 The Honourable Randy Boissonnault was first elected to the House of Commons in 2015 and was re‑elected in 2021, representing Edmonton Centre.

Minister Boissonnault is a successful entrepreneur, community leader, and philanthropist with a strong record of leadership in business, public service, and the not-for-profit sector.

Minister Boissonnault served as Parliamentary Secretary to the Minister of Canadian Heritage from 2015 to 2017, championing Canadian arts and culture. A strong advocate for Edmonton Centre, he worked to address the needs and priorities of his community, including strengthening transit infrastructure, supporting businesses, and creating jobs.

In 2016, Minister Boissonnault became Canada's Special Advisor to the Prime Minister on LGBTQ2 issues, working with organizations across the country to promote equality for the LGBTQ2 community, protect the rights of its members, and address discrimination against them. He continues to fight for a more inclusive society and tackle discrimination as a co-founder of the Global Equality Caucus.

Minister Boissonnault holds degrees from the University of Alberta's Campus Saint-Jean and Oxford University, where he studied as a Rhodes Scholar. He spent 15 years helping small and medium-sized businesses through his consulting company. After serving as Chair of the Centre for Family Literacy in Edmonton, he founded Literacy Without Borders to help promote literacy for children and adults in Canada and the developing world. Minister Boissonnault has also served as Vice Chair of TEDx Edmonton and Chair of the Board of Directors of the Conseil de développement économique de l'Alberta, the Francophone Sport Federation of Alberta, and the Canadian Francophone Games. He was one of the 50 founders of Startup Edmonton and was a finisher of the Ironman Canada Triathlon.

Minister Boissonnault lives in Inglewood, Edmonton with his partner, David.